Why St. Baldrick's? One Family's Story.


“There’s nothing more we can do for your child”. Can you imagine hearing that statement from the doc you’d hoped would save your child’s life? It stuns like the crack of a rifle. I know. My family and I have heard it.

Neal was 26 and loving his life. He worked for an internet hosting company in Denver’s Tech Center and was enjoying it all:  his apartment, his new car, his friends, and his promising role in the up and coming tech business. Computers and video games had been Neal’s passion from the time he first put his hands on a computer as a young child. He was a natural, and much respected and successful in the business.  Then, he  developed aching in his neck and upper back. No one seemed to be able to diagnose the trouble.

After a year of pain and uncertainty, he (and we) were shocked when he was diagnosed with Ewing’s Sarcoma, a cancer primarily diagnosed in children from infancy on. It occurs on a less widespread basis in young adults. Neal was in that unlucky group. At diagnosis, cancerous tumors were found in various locations in his body.

The resources needed for Ewing’s treatment are concentrated in children’s treatment facilities. Children’s Hospital in Denver came to be our family’s second home. Neal, a large young man when he fell ill, was an imposing physical presence there; a gentle giant among the sometimes tiny patients. He came to be like a big brother to so many sick children, as they shared the pain and indignity of cancer treatment. He relished his role as comforter to his fellow patients as they spent time together in the infusion suite, receiving chemotherapy. In the days and weeks afterward, they battled the unpleasant side effects together and waited for the harsh treatments to take effect – or not. There were good days and bad days, for sure, during the 11 months Neal was actively involved in treatment.

We learned about children’s cancers from the kids and other young adults at Children’s and from the incredibly caring staff there. One of the things they told us about was the annual St. Baldrick’s head shaving event. Participants raised money by signing up to shave their heads, in solidarity with those who had lost their hair in treatment.
They asked friends and family to donate “on their heads” with all funds raised going to support cutting edge research to find cures for the many different types of childhood cancers.
Neal, eight months into his treatment, decided he wanted to be a part of the event. By then, he was bald from his own chemo and required the assistance of a cane to walk.

We’d never heard of the event or the Foundation as we were new to all this, only having launched our fight with the disease a few months before. We went to Fado’s Irish Pub in LoDo Denver with him for the big day. Many staff from the hospital attended and some participated as shavees. In fact, one of Neal’s docs had scheduled to be a “shavee”. Neal couldn’t resist – he asked if he could shave Dr. Geller’s head. Geller agreed and Neal took the clippers with a mischievous gleam in his eye. It was a great day and we were hooked on St. B’s!

Despite all that his medical team tried to do for him, Neal steadily deteriorated, month after month. He had lost his hair to chemo and continued to lose weight and strength. The pain related to his tumors was unbearable. A couple of months later, we had that stunning news from the doctors. They told us there were no more treatments available to him because the research funding wasn’t there. Thus, the potentially lifesaving research needed to save him had not been done.  We were devastated.

All efforts to make Neal more comfortable failed. Eventually, hospice care was required. Then, just short of his 27th birthday, Neal had to be hospitalized. He never left Children’s that time. We had so hoped for a cure, but it was not to be.

We continued to participate in the Denver Fado’s St. Baldrick’s events, building a fundraising team of shavees in his memory – Neal’s mother, sister, brother, and I shaved our heads year after year to honor him. Eventually, we settled into our new home near Grand Junction. Our family decided to bring St. Baldrick’s to the Western Slope. In 2012, with help from friends from Neal’s cancer journey and from the Denver event, we founded the St. Baldrick’s Grand Junction Head Shaving Event.

The 5th Annual Event is scheduled for June 25th at the Lincoln Park Barn. We’ve shaved hundreds of heads in GJ since our start and raised nearly $200,000 for research with the help of our generous community and supporters.

Join us this year by registering at stbaldricks.org to honor the memory of those lost and to support those still fighting for their lives against childhood cancers.

We invite all our friends and neighbors to help find a cure for this awful disease! If you are not in the Grand Junction area you can donate directly to the event or search for an event near you to get involved. 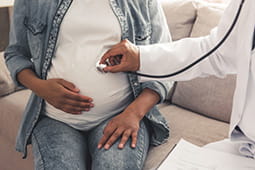 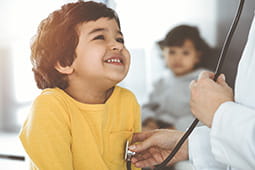 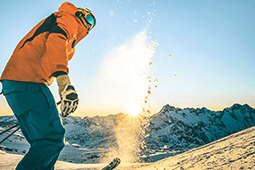 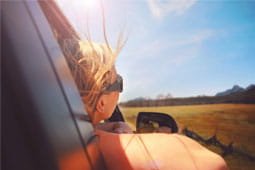